Bucky said:
Peja Stojakovic's son Andrej is one to watch! 6'7 Wing who is physical enough to play as a 4/5 in HS. I'd love to see him choose St. Mary's and star there as a True Freshman. Though I believe at some point? Bigger offers will pour in.

Good deal!! I loved to watch Peja and those kings teams with Williams, Divac and Webber. His kid looks like he will be a good one.
I wish he had his dads/ Bird overhead release on his shot.
B

One white on Macdonald's All - American team. 6'7"Gradey Dick. 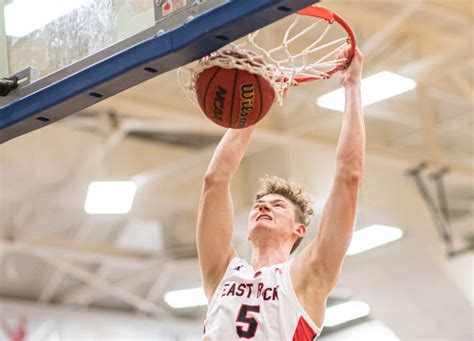 Sam Howery was voted by MaxPreps as Colorado 's Player of the Year. At 6'0, Howery received ZERO D1 offers. Without playing AAU, the recruiting site 247 doesn't even have a profile page for him. He will play next year for local D2 school CSU Pueblo.

I can't speak to Howery's athleticism or his school's competition. It just seems *odd* that a top dog like this couldn't get a sniff from ANYWHERE.

Colorado
Sam Howery, St. Mary's (Colorado Springs)
6-0 | Guard | Class of 2022
Amassed nearly 2,000 career points over the course of his high school career, averaging 26.6 points, 9.1 assists, 8.6 rebounds and 3.3 steals as a senior to lead the Pirates (24-3) to the Class 3A state semifinals. Howery posted six triple-doubles this season.
Click to expand...

Bucky said:
I've got a guy headed to The Horizon League that is worth a mention. 6'8 PF Cade Meyer from Monroe, WI is headed to UW Green Bay. Nice in-state get for Will Ryan the Phoenix's new coach. Son of Former Badger HOF coach BO Ryan.

Meyer is well rounded and should fit in instantly to the rotation. UWGB is rebuilding and it's actually been awhile since they've been able to keep any In State talent leftover from the big boys inside of Wisconsin.

Meyer ended up averaging 9ppg and 4rpg for Green Bay as a true Freshman! Shot 73 percent from the line and became more of a scoring presence as season went on. I'm expecting a big Sophomore jump for him.

"Men occasionally stumble over the truth, but most of them pick themselves up and hurry off as if nothing ever happened." - Sir Winston Churchill
B

Nothin' but net on those threes.

Great find. A lot of low/mid major offers. But that will improve with a good senior season. Who would’ve thought a Steiner playing hoops?

Big Poppa Pump Jr committed to Virginia Tech! The Hokies will have five white players on scholarship next season, and it could jump to six+ in 2023 when Big Booty Son comes to town.

VIrginia Tech will be a favorite team to watch on this board for sure. Great updates guys. Brandon R. is smooth on the court. Like his
strength, passing, cuts, shooting and explosiveness.

Borderline 5-star PF TJ Power committed to Duke's 2023 class. I'm pretty conflicted about this, as Power must slide into a very specific niche role to have any hope of playing time. Despite being ranked the #24 player in the entire nation, he will be the third-rated PF in Duke's class, with two other blacks having the exact same 6'8, 210 lb frame. Power could have gone to Iowa instead and been the top-rated recruit on their roster. Every five-star high school kid should have his eye on the pros at this point, all the more if you're in a 'tweener' position.

On the positive side, new Duke coach Jon Scheyer has now recruited three elite white players for the '22 and '23 classes, as Power will join incoming freshmen Kyle Filipowski, a point-center, and shooting guard Jaden Schutt. This is about as good as possible for a team like Duke that's gone to a pure blue chip model of recruiting. This is also much better than Coach K managed in his final few seasons. Scheyer looked like a caste stooge early on, but locking up Power (and Schutt) shows promise for an old former-favorite.
You must log in or register to reply here.