Nice win for Spain, although they ended the game with two African immigrants on the pitch, the first time this has happened in their long World Cup history.

Belgium starting 8 whites, an upward trend. Canada is starting 4 whites and 7 blacks, a remarkable misrepresentation of its demographics.
M

Japan 2. Germany 1. However in virtue signaling, Germany is still undefeated.

Edit: I also found this beautiful statement. So the number 1 value for a German national football team is diversity? Explains why they aren’t very good anymore. I’d think unity, hard work, kinsmanship, teamwork, communication, etc would all be more important but what do I know….View attachment 3666
Click to expand...

"Men occasionally stumble over the truth, but most of them pick themselves up and hurry off as if nothing ever happened." - Sir Winston Churchill

clement said:
i think it's time to recall that germany has strict laws against free speech in addition to having the media and politics controlled by people who think alike, so very few separation of powers
they are not that different from the USSR, which had freedom of speech guaranteed by every one of its constitutions

in austria ( a country with similar laws) a singer is serving more than ten years in prison, in europe you can be a serial killer and spend a similar amount of time in prison
Click to expand...

That’s a fair point. It’s also worth noting that Germany is a satellite / puppet state of the US, as Putin publicly stated in his big speech back in October. So if the US is exporting sodomy and child genital mutilation worldwide than it is not a surprise that the Germans are their biggest apostles.
For here we are not afraid to follow truth wherever it may lead... -Thomas Jefferson
J

Belgium does not look good at all!
Canada is dominating play.
Belgium is very lucky to be up 1-0.

Freethinker said:
That’s a fair point. It’s also worth noting that Germany is a satellite / puppet state of the US, as Putin publicly stated in his big speech back in October. So if the US is exporting sodomy and child genital mutilation worldwide than it is not a surprise that the Germans are their biggest apostles.
Click to expand...

Most of Europe is Americas Puppets and we are the Puppet Master. They bought full into the globohomo and now it will destroy their
countries from the energy to the financial crisis. Biden now is making almost impossible for any European Business to stay afloat with his
latest laws and rule changes. The same thing they did to China a while back. You will see European Companies leave their by the 100's to
the 1000's of companies to come set up their business in the US. We have destroyed Germany and all the other places that try to be our
friends. It will destroy them for decades but finally countries will have to learn to get back to local business and local economy to thrive
and survive. America will be no different but we will also steal much of the successful companies abroad to help us get back on top quicker.
It's really evil what the US has done to Europe and countless other places all around the world.

So yes you nailed it Freethinker. Germany is a puppet state and I feel bad for the people. America is no different. We are owned and controled by the tiny hat guys. Prove me wrong! Lmao.

It's entertaining how the Western Nations are bending over themselves trying to prove who's the gayest.
S

As someone who has German heritage all I can say is my ancestors would be appalled. Remarkable how far down the globohomo rabbit hole the Germans have gone.
S

Also a World Cup without Italy isn’t worth watching!

Hope Uruguay can have a good world cup. They have some very exciting players, and a last go round for King Luis and Cavani.
M

On the USA match...if denying a goalscoring opportunity equals a red card (I assume that rule remains) why wasn't the black American who fouled Gareth Bale in the last play of the match red-carded? I know it happened near the halfway line but the US goalie was way outside of the penalty box and Bale was about to shoot. I guess it goes by how they define 'goalscoring opportunity'.

As for the Germans. Someone in NATO (ie. US approval) blew up Nordstream 2 - an unprecedented act since WW2 - but the Germans care more about virtue signalling on homosexuality, laughing at Britain's post-Brexit foibles (which Germans blame on right wing British nationalism!), and their MSM is still Trump/Orban-bashing every day. It is really hard to fell much empathy or sympathy for Germans knowing that the vast majority of them support this type of thing.
M

Phall said:
Belgium starting 8 whites, an upward trend. Canada is starting 4 whites and 7 blacks, a remarkable misrepresentation of its demographics.
Click to expand...

I'm in Canada. The hype over this team is completely OTT. Not only that but I've detected some passive-aggressive potshots at the almost all white team that got Canada to the 1986 World Cup in Mexico - when it was much harder to qualify. For example every single time 1986 gets mentioned the MSM reminds us that that team didn't score a goal, but they don't word it that way, instead they always say "failed to score". Canada's MSM, especially the channel with broadcast rights, rarely refers to its athletes in such negative terms preferring to emphasise positivity. You could feel their great disappointment when Davies missed his penalty. I think they're as desperate for a black immigrant to score Canada's first ever World Cup goal as Southgate was to have a black player score the winning penalty against Italy at last year's Euros, as it will give them decades of propaganda.
J

How did Italy not qualify? Have they filled their team with Somalia refugees or have they just stopped being good in general?

jphoss said:
How did Italy not qualify? Have they filled their team with Somalia refugees or have they just stopped being good in general?
Click to expand...

They just won the Euro Cup 2 years ago with an all Italian squad. They just didn’t do well in qualifiers for whatever reason. It’s really tough to get out of the Euro qualifiers. Sweden, Norway (with 2 elite young players), Hungary (in great form last year or so) and Austria (who are usually tough) are all missing too. It’s a numbers game really as most of these teams are better than the teams from Asia, North America and Africa.
For here we are not afraid to follow truth wherever it may lead... -Thomas Jefferson

also because of the pandemic soccer especially in europe has been chaotic, the results have been very unusual, nobody was watching, nobody in the stands, i think the latest competitions should be discarded
i don't even know who has won any of the major leagues, the champions league, or any competition for the last few years

Unlike in their first match against England, the Iran players sang along to their national anthem before the match as some fans in the stadium wept, whistled and booed.
Click to expand...

Small mobs of men surrounded three different women giving interviews about the protests to foreign media outside the stadium, disrupting broadcasts as they angrily chanted, "The Islamic Republic of Iran!"

Many women fans appeared shaken as Iranian government supporters shouted at them in Farsi and filmed them close-up on their phones.
Click to expand...

Allah teaches another lesson to feminists and sodomites (redundant).

Despite its intense, relentless, and furious push toward being gay and black, England is a better team to root for today.

Tyler Adams “deservedly the captain for this match”…(one goal in 33 caps.)

Despite its intense, relentless, and furious push toward being gay and black, England is a better team to root for today.
Click to expand...

This USA team is worse than France. The only other team that is a worse inverse of demographics maybe Ecuador.
For here we are not afraid to follow truth wherever it may lead... -Thomas Jefferson 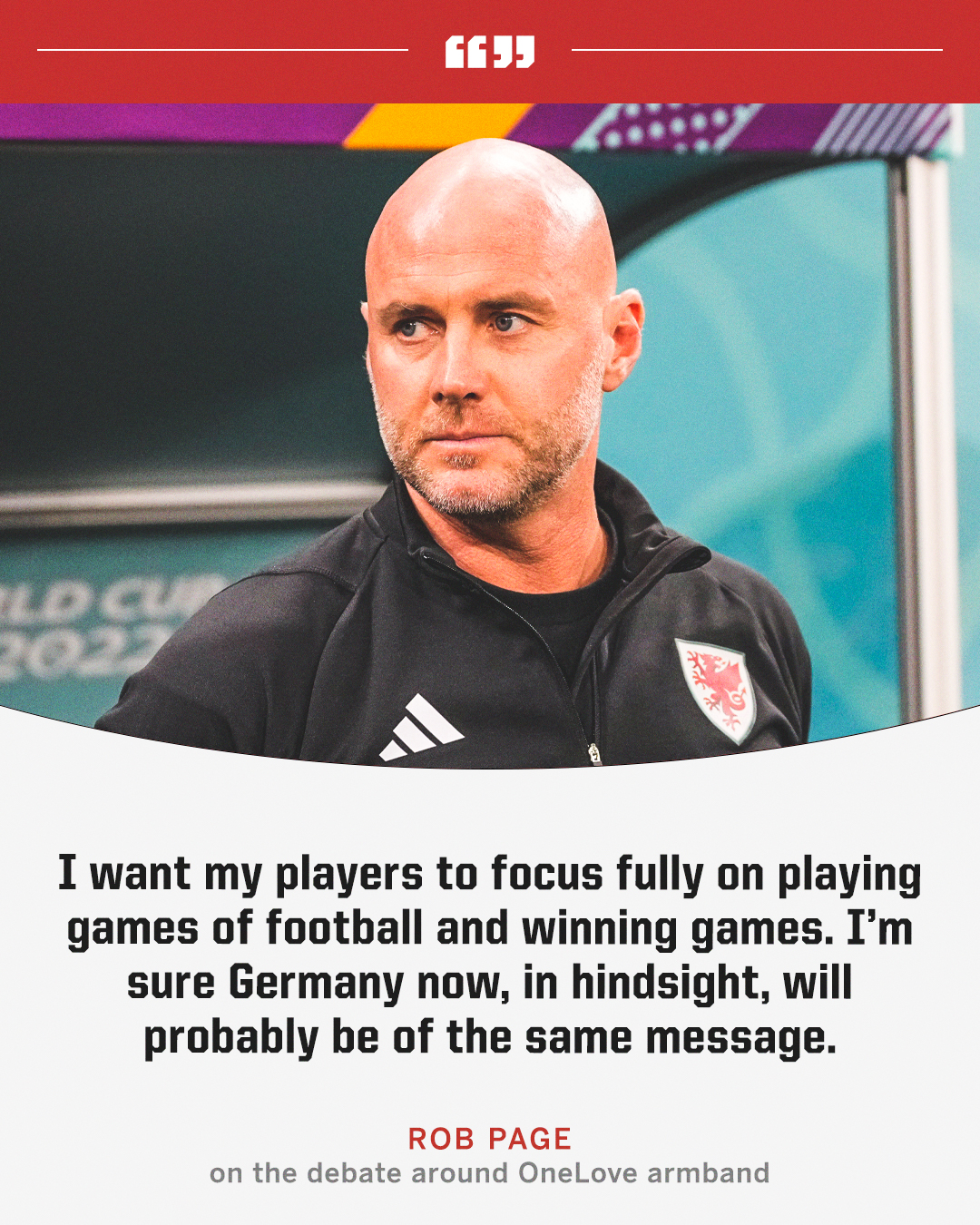 Sad to see England draw against the US. Honestly pathetic Grealish didn't start the match
T

They probably would have won if he did.

TheBigDawgV2 said:
Sad to see England draw against the US. Honestly pathetic Grealish didn't start the match
Click to expand...

Yea, he’s always one of their best players.

After the subs, England finished with 9 Whites and a quadroon. Don’t think they can get better than that demographically in this modern era.
For here we are not afraid to follow truth wherever it may lead... -Thomas Jefferson
You must log in or register to reply here.