I was watching some old youtube videos of girls dunking a basketball and all of them were Black. It got me wondering if a White girl had ever dunked a basketball. I got to looking and found this young lady from Canada. Her name is Toby Fournier. She can dunk.

Audrey Harris was the top scorer in the country averaging 46 ppg with a high game of 65 points. 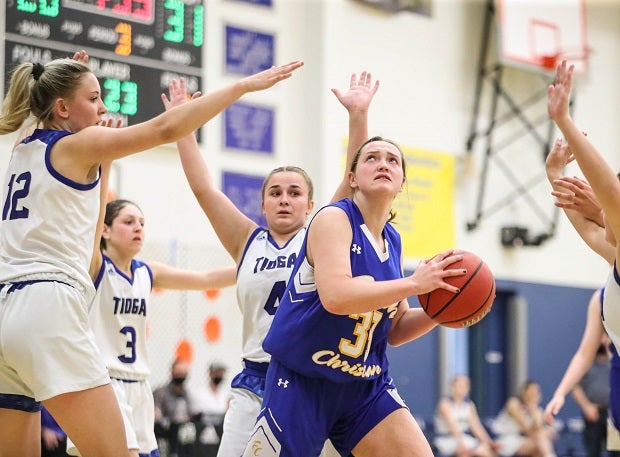 booth said:
I was watching some old youtube videos of girls dunking a basketball and all of them were Black. It got me wondering if a White girl had ever dunked a basketball ...
Click to expand...

there have been several White girls who can dunk a basketball, though the young lady you posted about is A) the youngest i've seen, and B) perhaps the first to do a reverse dunk.

the shortest White female dunker i've heard of was Janelle Bekkering at 5-foot-11. you might recall her brother Henry, who was a NASTY dunker.) coincidentally, Bekkering was also from Canada. Janelle blew her knee before her playing career at Gonzaga began and lost some of her explosiveness, but rumor had it she could really fly.

"Men occasionally stumble over the truth, but most of them pick themselves up and hurry off as if nothing ever happened." - Sir Winston Churchill
You must log in or register to reply here.