The 2022 Saints still look like a typical Sean Payton team – a decent amount of White players compared to many other teams, but no one to root for other than second year linebacker Pete Werner, and Taysom Hill if he ever gets meaningful snaps.

The new head man is Dennis Allen. Considering he was the head coach of the ultra-Caste Oakland Raiders from 2012 to ’14, the Saints will likely become even more Caste as he puts his stamp on them.

This year’s squad has 4 White starters, and that’s being generous as fullback Adam Prentice is primarily a WSTD who in his first NFL season last year had all of three receptions and three rushes. He has one catch for two yards so far in 2022.

New Orleans is a rarity in currently starting two Whites at offensive tackle – James Hurst at LT and the excellent Ryan Ramczyk at RT. Trevor Penning, the team’s first round draft pick this year, is also a tackle and likely will be a great one but is currently on IR for a minimum of the first four games of the ’22 campaign.

Pete Werner, last year’s second round draft pick out of Ohio State, is starting this year and has immediately become a tackling machine, which always surprises DWFs while shocking CFers when White LBs aren’t prolific producers. Werner already has 21 combined tackles after two games despite playing just 81% of the team’s defensive snaps.

Taysom Hill is now a “tight end,” the latest chapter in a long-running book on how not to best utilize his running, receiving and passing abilities. If only Taysom had been born Black, he would have been celebrated and given every opportunity to be one of those “revolutionaries” at the quarterback position who somehow rarely meet expectations.

Speaking of expectations, they were high that Adam Trautman would be another star White tight end, but it hasn't happened to this point and Trautman has been demoted to second string to start 2022.

There’s a sprinkling of White backups on defense, most notably Daniel Sorensen, the very talented safety who made numerous big plays while with Kansas City but was always despised by most DWFs, which happens to every White safety other than the few that are instant superstars from the get-go.

Good article on The Aints questionable moves over the last few years. 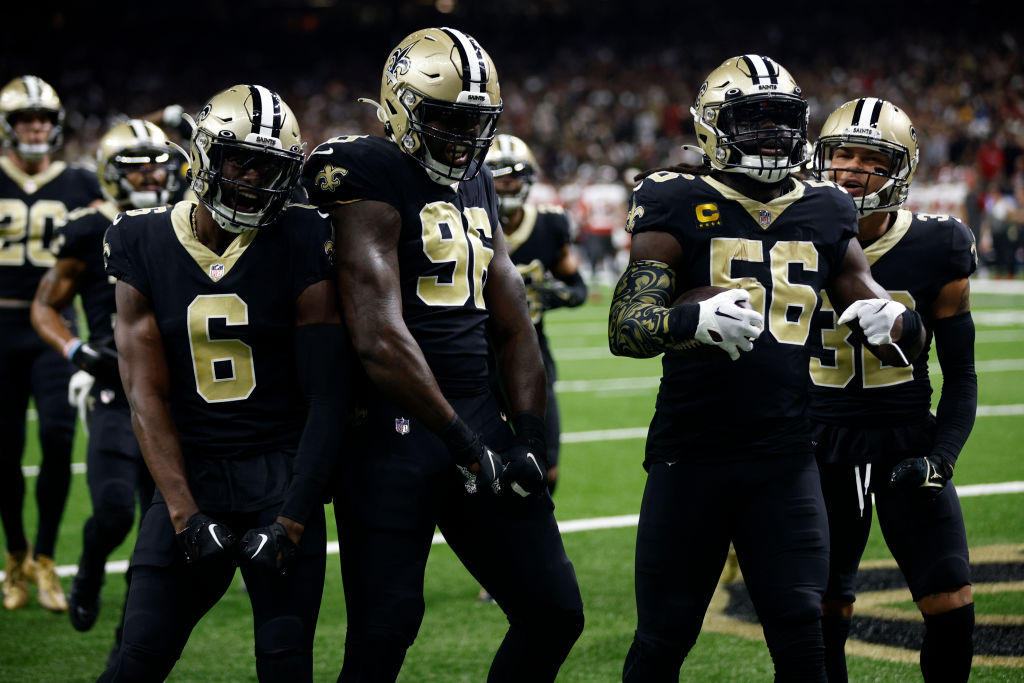 From 2017-20, New Orleans made a desperate, expensive, understandable bid to reach another Super Bowl. It was a helluva try.

The Saints signed Jake Funk to the practice squad.


Jake Funk signs with Saints practice squad after being waived by Rams
Click to expand...

Earlier that day the Saints signed RB Jordan Howard to the practice squad. Apparently, the Saints felt the need to add RB's. Hopefully Jake Funk can impress and work his way to the roster. Their receiving corps is getting dinged up. Andy Isabella would have been a nice addition here. Especially, if Andy Dalton is going to be a regular.
_______________________________________
Current circumstances worldwide are not appealing... Jean-Marie Eveillard​
W

Funk also is a reliable option out of the backfield for a quarterback. I’m hoping he gets some Carrie’s that would set him up to go somewhere and be one of the top 2 options.

Andy Dalton has been named the starter despite Winston being healthy. It's his job to keep if he can avoid errant throws, I feel. The three interceptions last week don't look good on the stat sheet. One was an unearned int. Overall he has been steady.

Tackling has been atrocious for this team and has contributed to several loses. The way forward is to get imaginative with Taysom Hill.

A grand total of 10 catches for Michael Thomas over the past three seasons:

Saints coach Dennis Allen said that Michael Thomas (toe) will have surgery and will go on injured reserve.​

Allen told reporters that he does not anticipate Thomas playing again this season. If true, he finishes the year with 16 catches for 171 yards and three touchdowns. He'll be heading into the 2023 offseason with 10 games played in three years, and the Saints could actually cut him and realize a small amount of salary savings -- perhaps a sizeable amount as a June 1 cut. 30 in March, it's no lock that Thomas is back on the roster next season. Nick Underhill reports that Thomas had a dislocated second toe. This will lock Chris Olave into a high-volume role for the rest of the season, probably cementing him as at least a WR2 in season-long.
American Freedom News
https://americanfreedomnews.us/
S

Looking at this from a positive angle, I bet he had unlimited upside !!!

Goes from a top WR with Brees to a bum. Lack of work ethic overtook dat upside.
T

Bucky said:
Goes from a top WR with Brees to a bum. Lack of work ethic overtook dat upside.
Click to expand...

Let's be honest Brees was such a good qb he could make the majority of average WR look good.

TheBigDawgV2 said:
Let's be honest Brees was such a good qb he could make the majority of average WR look good.
Click to expand...

Yes our elite QBs can elevate just about anyone they're throwing to.

Drew Brees ranks among the top five NFL quarterbacks, ever! A great role model on and off the field of play also, an all-time great in any era
American Freedom News
https://americanfreedomnews.us/

This team is insane. They will play anyone at starting qb with the exception of the very talented super athletic dual threat qb Tayson Hill. 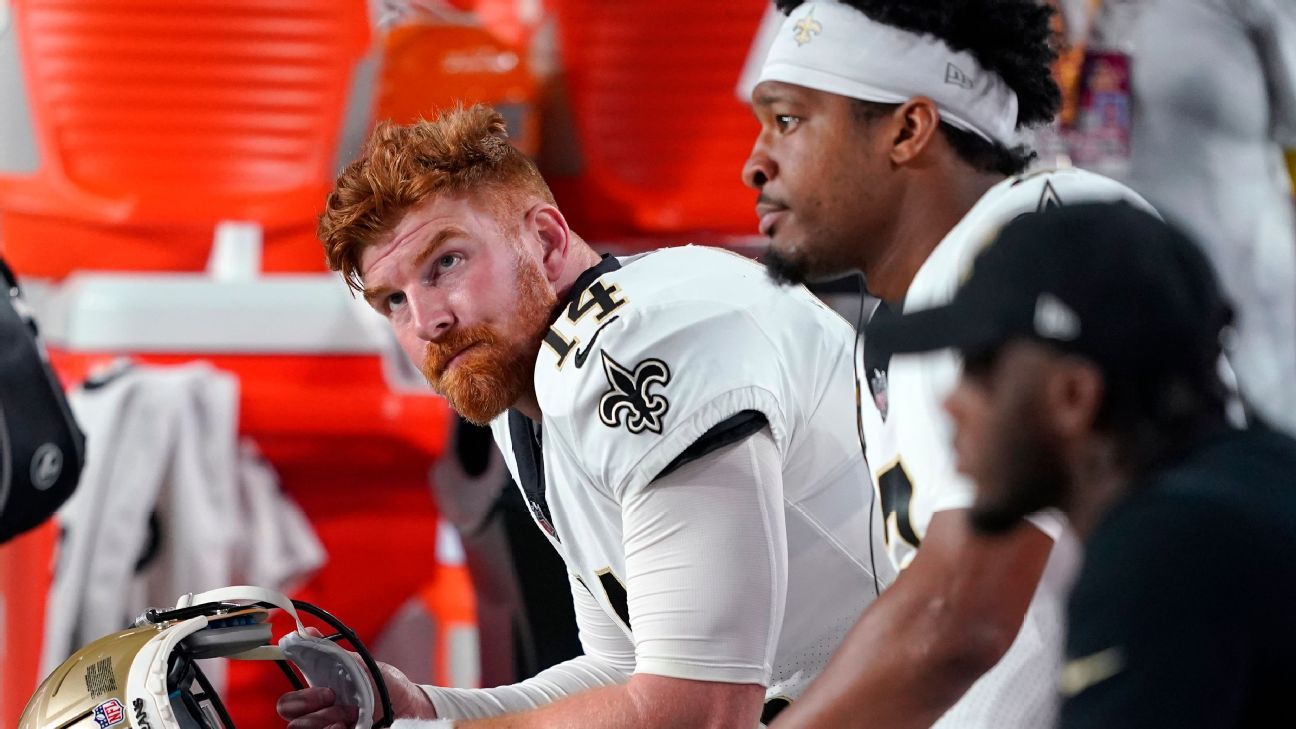 The Saints (3-7), who have scored only 23 total points in back-to-back losses, are considering a quarterback change, coach Dennis Allen said Monday.

www.espn.com
You must log in or register to reply here.