The 2022 Jaguars, though improved from the days of "Black" Jack Del Rio, are still a heavily Caste team. Here are your 2022 White Jacksonville Jaguars (starters in bold):

Talented young QB Trevor Lawrence is looking good so far and this could be a big breakout year for him. Not a lot of our guys for him to throw to - no White WRs and the White TEs haven't gotten much in the way of playing time. On defense, ultra-talented rookie LB Chad Muma should become a starter at some point. DL Adam Gotsis is getting some snaps but not enough. Andrew Wingard, who was a starter in the past and is certainly talented enough to be one, is also held down to the second string. As we all know, any White safety who is not an instant superstar becomes the target of irrational hatred from DWFs and especially the controlled sports media.

The practice squad doesn't have much outside of accepted Caste positions either. Quarterback EJ Perry, who had the highest overall athleticism score of any QB at the 2022 NFL Combine but went undrafted, is the biggest name on the PS. Rookie TE Gerrit Prince, another undrafted player, is also on the practice squad, along with ex-Packer LB Ty Summers.

A heavily Caste team overall. Even the offensive line is caste - whitey can only play guard and center. Tackle is reserved for members of the Magical Race.

In week 10 he finally saw something close to meaningful playing time, he was on the field for 25 out of 63 defensive snaps, or 40%. He registered 3 solo tackles and 2 assists.

First round pick Devin Lloyd started off the season very strong but has disappeared big-time the past four games. I'm hoping that's the reason Muma finally got some meaningful playing time, but I'll have to see if Lloyd was injured as that's so often the reason when talented White players get to play. I read something recently about Lloyd hitting a supposed "rookie wall," which is a lame excuse.

Muma was of course a third round pick, so if he is moving up the depth chart and cutting into Lloyd's playing time this quickly in his rookie season it would be great to see, reminiscent of the way White TEs so often surpass more "athletic" Black teammates who are picked before them because of their greater alleged "upside."
American Freedom News
https://americanfreedomnews.us/

Apples to apples our guy's produce.

Seems like another RGIII and Kirk Cousins situation.
For here we are not afraid to follow truth wherever it may lead... -Thomas Jefferson

This is great news. Chad Muma, a White rookie LB drafted in the third round, has already taken the starting job away from Devin Lloyd, a Black rookie LB drafted in the first round. It's very rare when this happens at any position this quickly given the racial dynamics of the Caste NFL and Lloyd's first round selection, which speaks to just how impressive Muma has been, how disappointing Lloyd has been, or a combination of both. But Chad needs to continue to produce at a high level or he could quickly become a backup again. 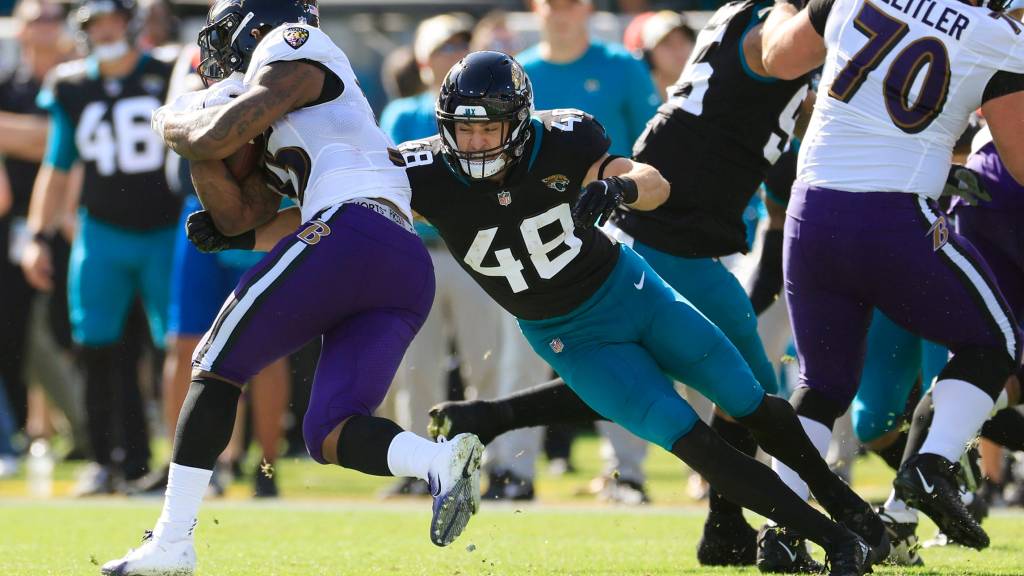 Just as he was playing so well and had taken the starting job away from the team's 2022 first round draft pick, Chad Muma picked up an ankle injury and is out for Sunday's game. So frustrating. . .
American Freedom News
https://americanfreedomnews.us/
You must log in or register to reply here.